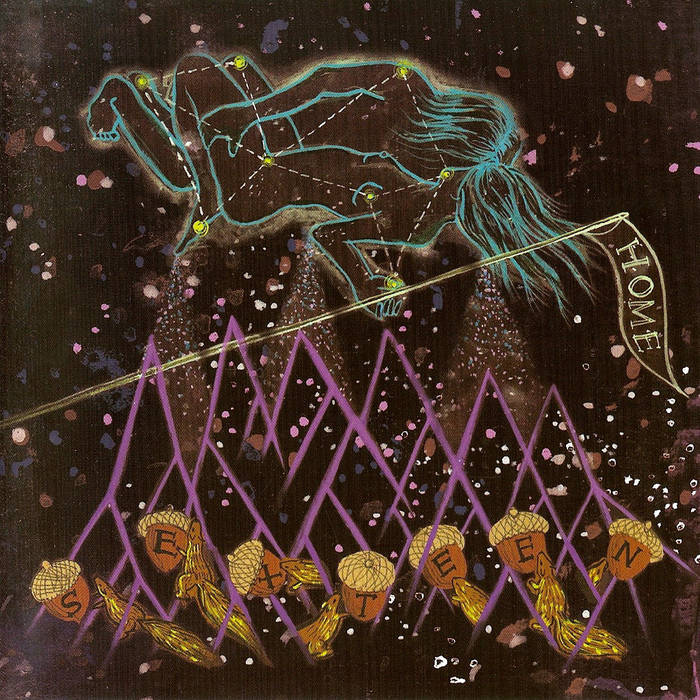 Home Sexteen is a concept record about fucking. After a hiatus of nearly a decade, founding Home drummer Sean Martin reappeared suddenly with a stunning collection of songs he had written and recorded by himself on a 4-track, "Songs of Love and Related Topics", which was released on Home?limited edition CD boutique, "100 Club". When Home visited Florida in 2005 for the annual Screw Music Forever "Come the Freak On" festival, they had Sean sit in for a set of songs and the notion of reuniting to record a new album became inevitable. Sean suggested a concept album about fucking and it took little time for all to agree. They wrote nearly 50 songs on the subject, which were whittled down to 20 and recorded in a marathon 3-day weekend recording blitz. Chris shared drumming duties with Sean, while everyone switched up instruments as needed. The wide stylistic differences between the writers bleed across song borders and gelled into an overall sound that is difficult to categorize but easy to recognize as fuck-friendly. The very sweet dudes in Oneida took an interest and offered to release it in their corner of Jagjaguwar, Brah Records. Home graciously accepted.

Bandcamp Daily  your guide to the world of Bandcamp